This article is about Deagle (Gun). For transportation, see Giant Eagle.

The Deagle is a weapon with a slow firing rate and high damage. Its bullets remove 2 bars of armor. The Deagle exists in Epic and Legendary qualities.

Both of its rarities can be dropped from Mole Crates and its Epic rarity has a chance of spawning as floor loot.

The Deagle spawns with two boxes of 7

Big Bullets, 14 in total. It has 4 gun sound variants.

The Deagle is often considered a lighter version of the Sniper, as it has lower armor piercing and damage with increased mobility.

It can deal around 50 damage even as its bullets approach maximum distance, piercing 2 bars of armor with each shot. The Deagle takes 4 hits to take down an opponent with full health and tier three Armor.

Damage output depends on the distance traveled by a bullet before it hits the target. A bullet fired from the Deagle can travel up to 120 SAU, or 960px. 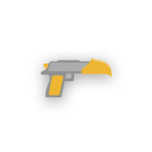 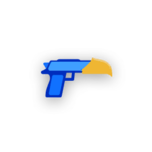 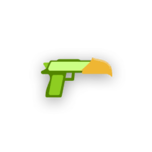 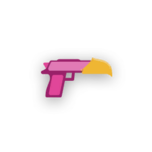 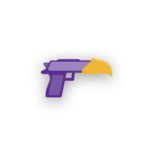 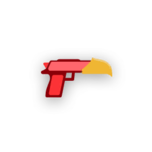 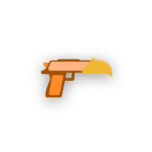 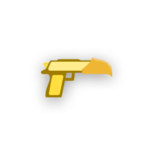 The Deagle is based off the Desert Eagle.