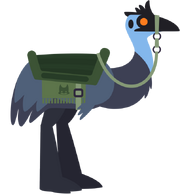 Giant Emus are large, 2 person rideable animals found in the game that allow players to travel faster and do damage to other players and objects.

There are 4 different breeds of emus.

From left to right, stages of Emu damage

Two items can be unlocked by getting kills with a Giant Emu. 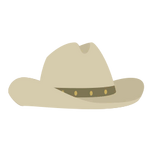 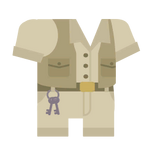