The pistol is a weak weapon that specializes in nothing. Despite its high movement speed, the pistol's lack of damage and accuracy make it a very unreliable weapon, and so it is often overshadowed by the Silenced Pistol or Magnum.

The maximum rarity of the pistol is Epic. The pistol spawns with two boxes of 8

Little Bullets each. Every shot consumes one bullet. There are 2 gun sound variants in total.

The Pistol is classified as an early game weapon, as it provides no advantages in the late game.

Its damage falloff and inaccuracy makes it ill suited for long range combat. Besides, it also has a low magazine capacity and a low rate of fire, making it ineffective against automatic weapons in close to mid range combat.

It's only suitable as an emergency weapon in the early game. Hence, it is advised to find other weapons to replace it. 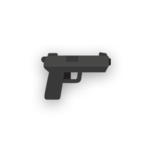 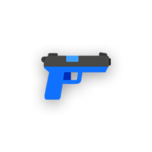 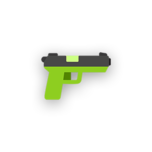 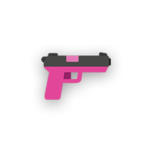 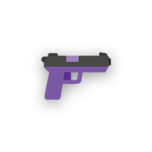 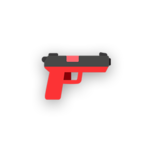 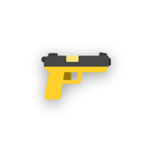 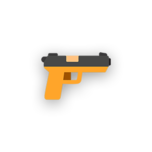 The pistol is based of the M1911, a pistol used widely by the US Armed Forces from 1911 to 1986. It is primarily used a concealed carry weapon in today's world.