The Silenced Pistol is a vastly improved version of the Pistol with better fire rate, range, clip size, and accuracy. Its high rate of fire allows players to shoot nearly as fast as they can click. Thanks to the silencer attachment, it produces significantly less noise and is the quietest firearm in the game.

The Silenced Pistol spawns with two boxes of 12

Little Bullets each. It exists in Epic and Legendary rarities. The gun has 2 sound variants.

The Silenced Pistol has an exceptional rate of fire and damage, as it can even surpass the total damaged dealt by an AK at close range. It also boasts great mobility.

However, it only has 12 bullets per magazine, which gives little room for error. Its damage fallout means it can only deal its maximum damage at close to mid range. Its traits make it a hard weapon to master, but its uniqueness also makes it a strong weapon in the right hands.

Damage output depends on the distance traveled by a bullet before it hits the target. A bullet fired from the Silenced Pistol can travel up to 120 SAU, or 960px. 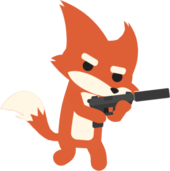 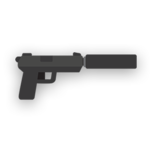 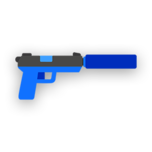 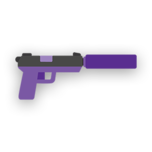 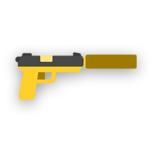 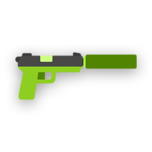 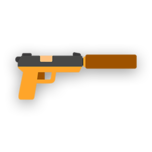 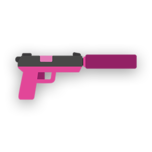 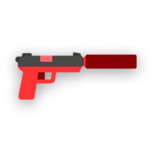 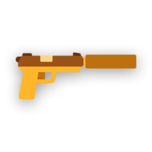 The silenced pistol is identical in appearance to the pistol, with the addition of a suppressor. Its real life derivative is the M1911 with an attached suppressor. Suppressors muffle the sounds of shots, as well as make shots faster and more accurate due to the extension of the barrel.