Thomas Gun is a fast firing close range weapon. It can shred through health and armor quickly, but suffers at long range.

Little Bullets next to it. The gun exists in two variants, Epic and Legendary, the latter can be obtained only from Delivery Mole.

Similar with the SMG but with the fastest fire rate and the largest clip, the Thomas Gun is able to shred the opponent's armor and knock them down in close range. It also able to knock the entire duo team with only a single clip.

Damage output depends on the distance traveled by a bullet before it hits the target. A bullet fired from the Thomas Gun can travel up to 120 SAU, or 960px.

This page is a candidate for deletion.
Reason: "No longer used, replaced with ListImages template" 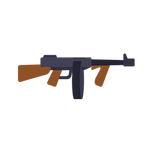 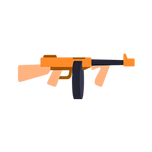 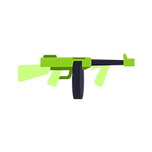 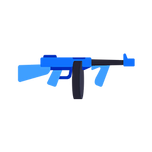 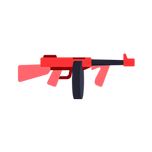 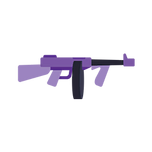 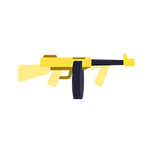 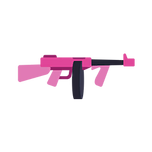 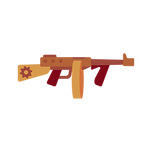 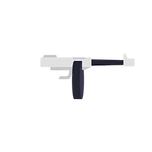 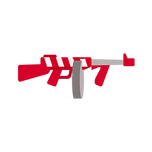 The Thomas Gun is based off of the Thompson submachine gun.